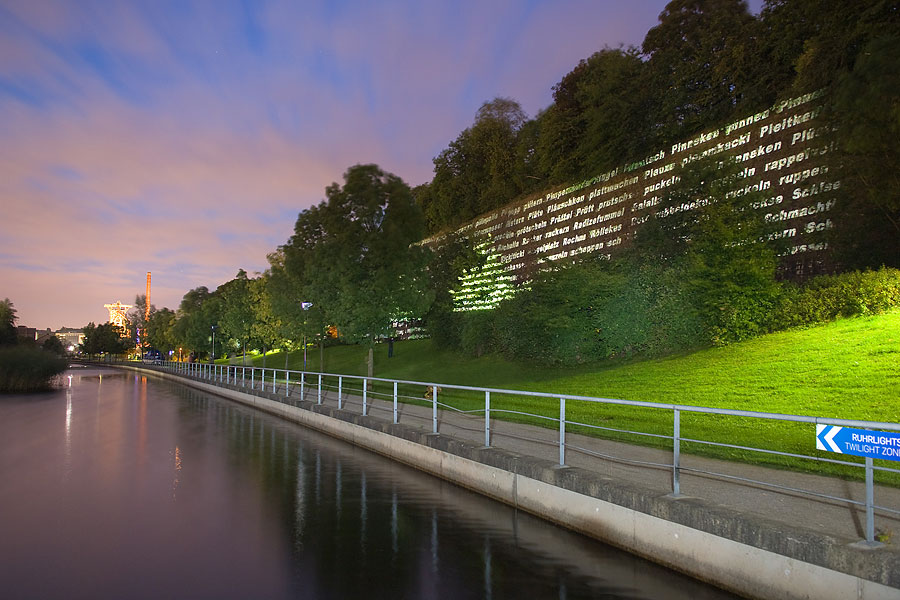 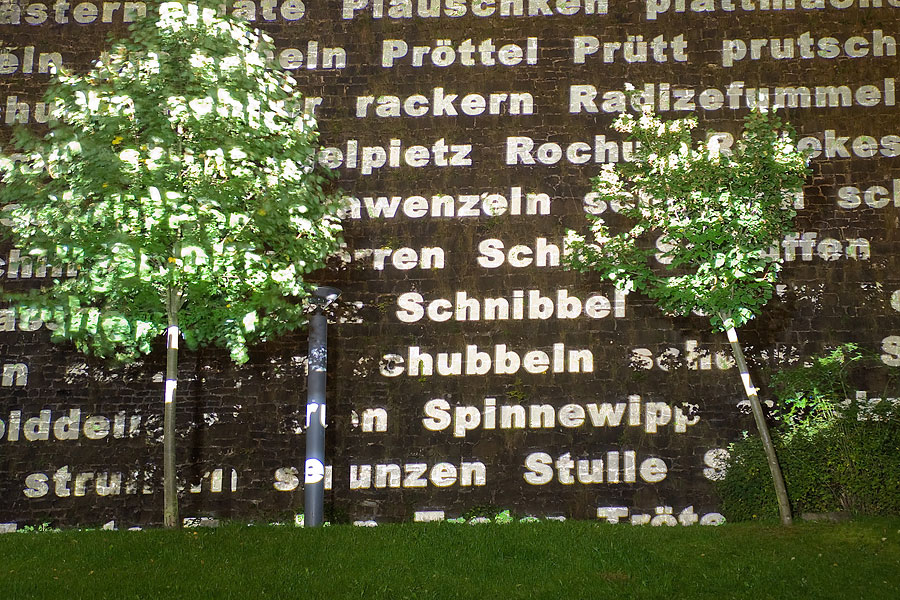 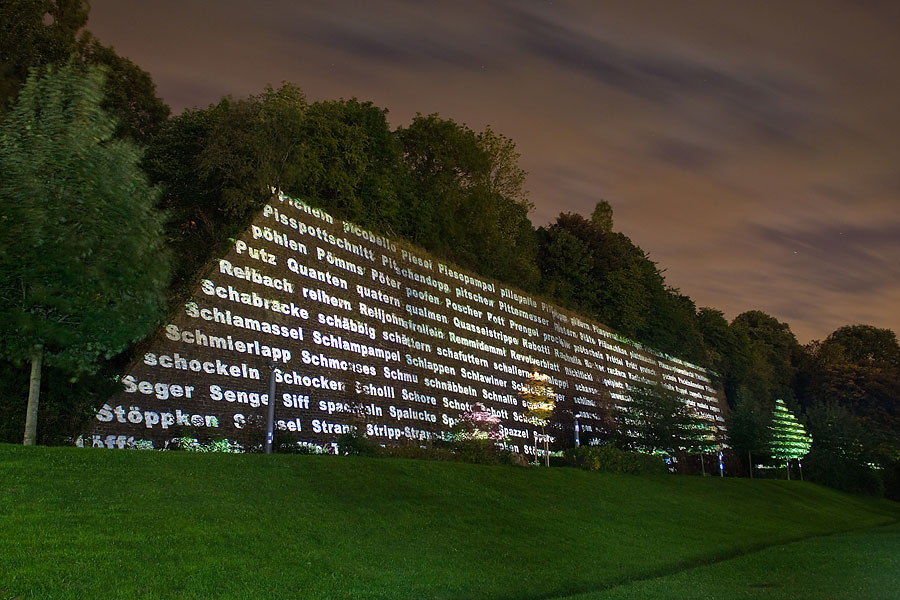 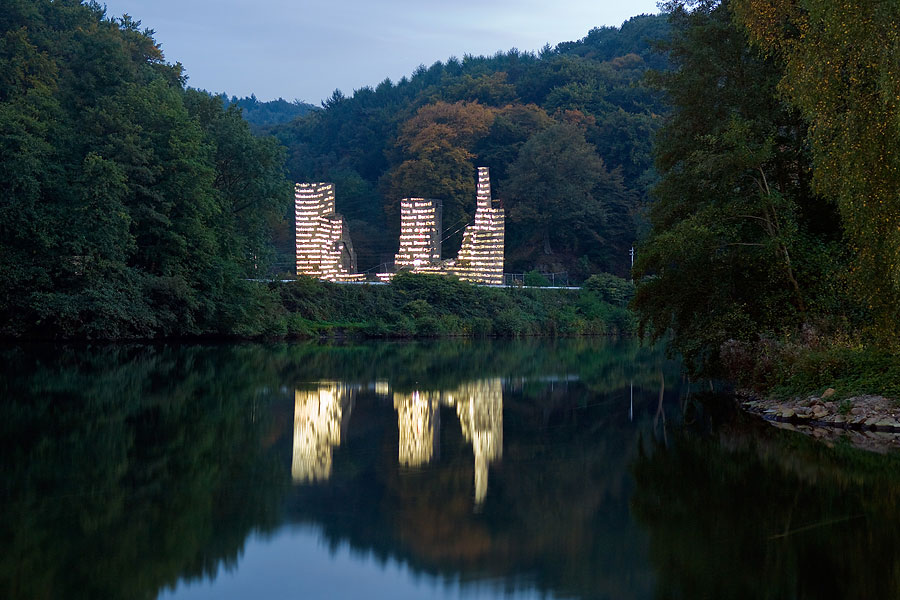 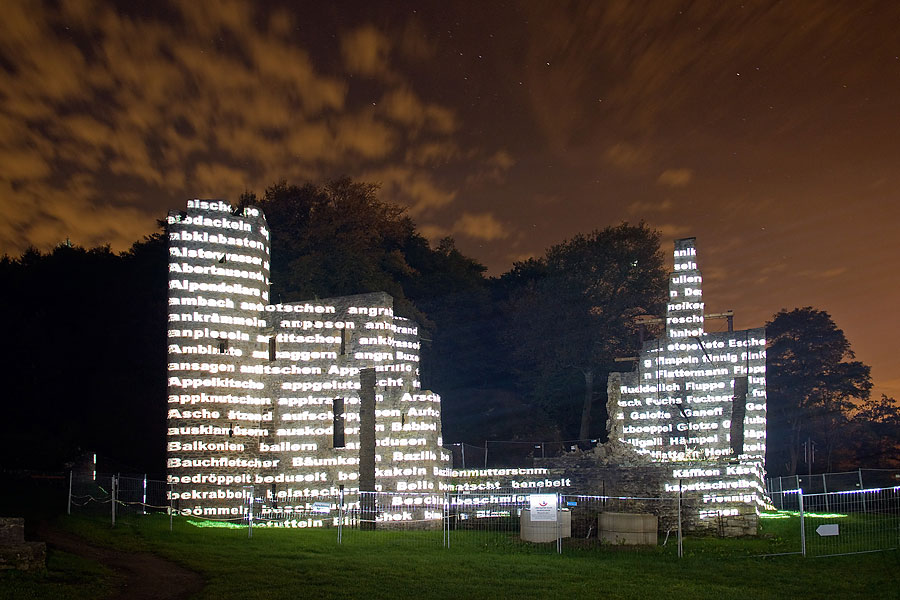 In the rural countryside of the lower Ruhr valley that’s known for its agriculture, nature and industrial culture, the European Capital Of Culture “RUHR 2010” presents 11 internationally acclaimed light artists. From September 2010 the festivals “Ruhrlights: Twilight zone” transforms the Ruhr valley between Hagen and Duisburg into a fascinating route of light.

Andreas M. Kaufmann has in the frame of his project “Dem Ort seine Sprache” (The place of their speech) illuminated two particular constructions on the Ruhr. The first is an old industry wall on the Heinrichshuette in Hattingen and the other is the ruins of castle Hardenstein near Witten, both lying directly on the banks of the Ruhr.

The technique
Using powerful outside projectors provided by Derksen Lichttechnik Kaufmann projected words with the Ruhr areas particular accent onto the buildings. Ten projectors were needed to cover the whole area and working hand in hand with the artist the projected words were eventually seen in what appeared to be a seamless flowing text. The inevitable blurring which would have occurred because of the different stand points of the projectors was pre-calculated and measured to prevent it.

Nature and environmental protection
A further problem was how to ensure nature and the environment were protected. An allowance for the project was only granted with the condition that nearby night active animal life and insects wouldn’t be affected by so called “light smog.” All conditions were fulfilled by exact calculations and measurements of the gobos projection onto the intended back-drop.

The effect
With the coming of twilight one sees these particularly special places in a new context as words of wisdom which are hidden during the hours of daylight slowly evolve in an enveloping text of light. The buildings become a writing board and a symbol which are visible from great distances in the river rich countryside. 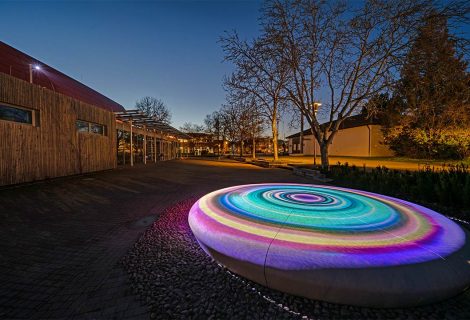 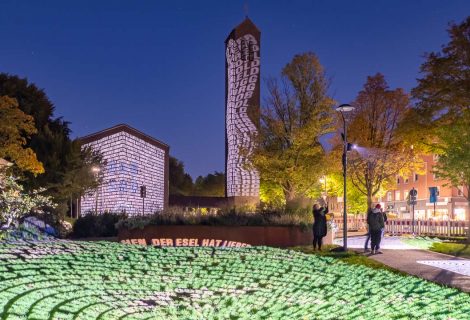 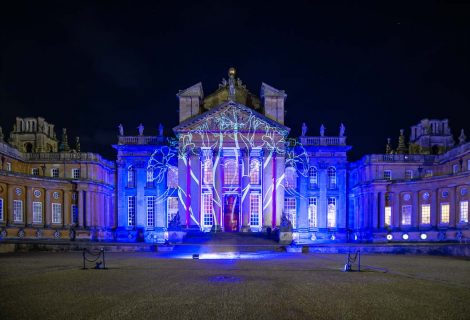 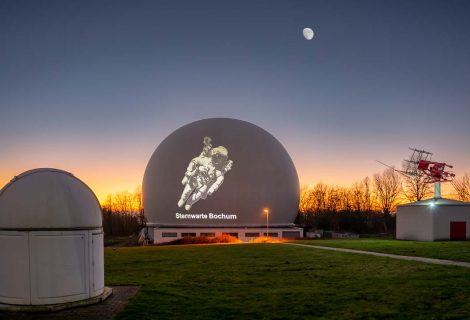 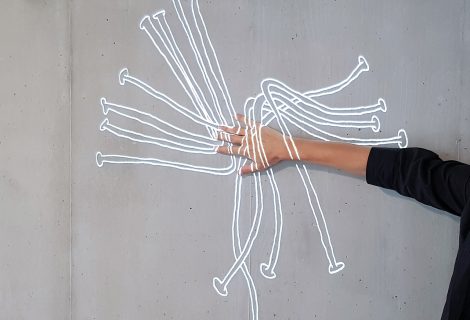 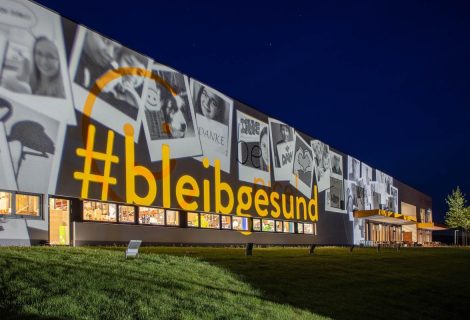 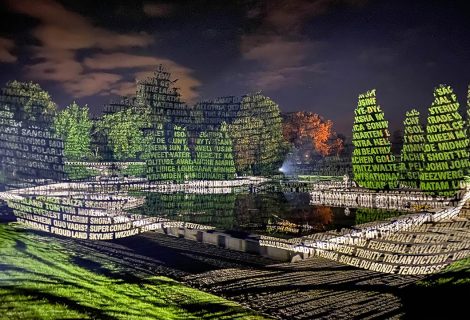 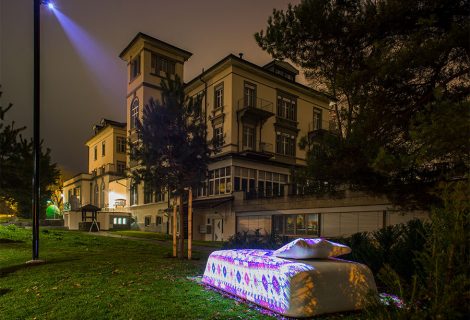 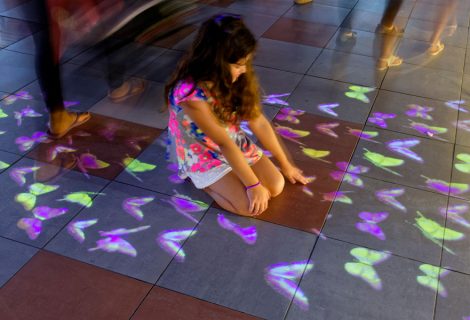 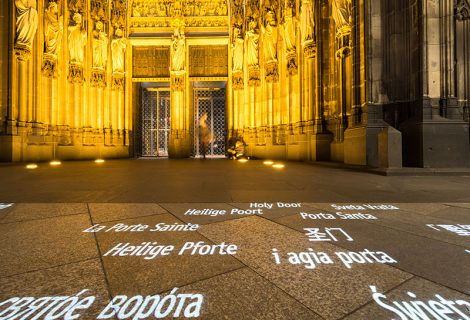 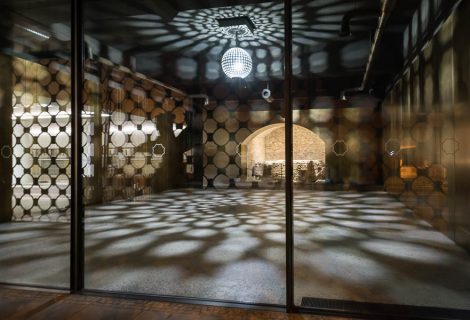